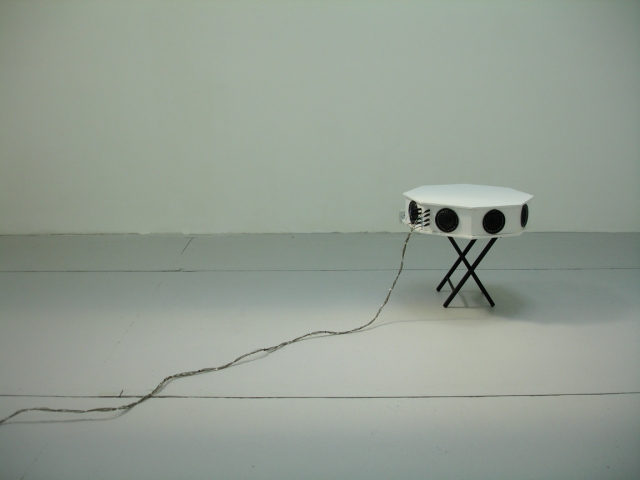 Four sine waves with frequencies within 4-6 hertz of the next in sequence are released into the room. The amplitude of each is controlled to vary in specific patterns. Moveable walls create baffles for the sound that directs its movement. Because the frequencies of the sine waves are so similar, our perception is that the sound waves collide, combine, and change shape at points in the room. At the proper amplitude and position the changes seem to be felt on the skin as well. 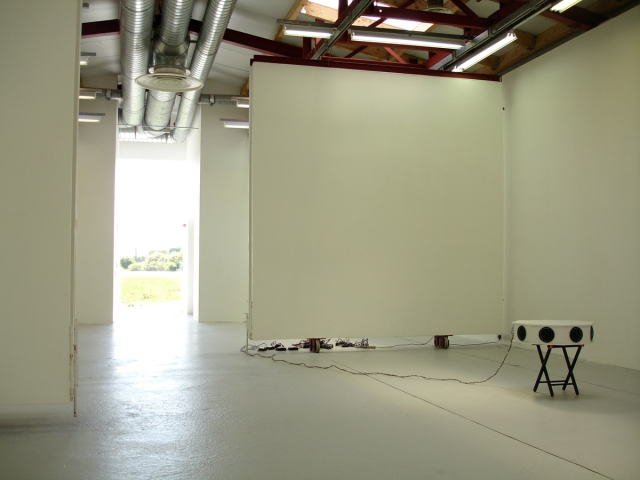